Today being April 1st the web is awash with April Fool’s jokes and pranks.

One that caught my eye was LinkedIn’s

If you go into the “people you may know” section you’re in for a surprise: 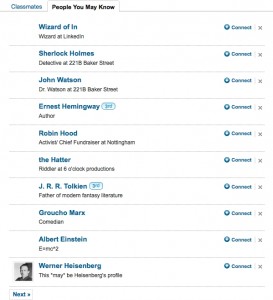 Heinz have launched a special offer via their Facebook page that allows “fans” to buy a “limited edition” ketchup. 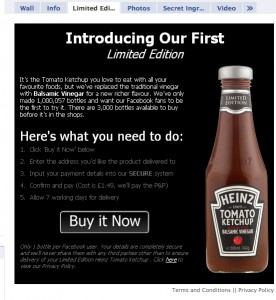 Unfortunately it’s pretty clear that the people behind the integration don’t really understand security or privacy.

In order to order the ketchup you need to fill out this form: 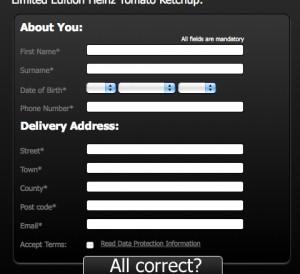 Now why do they need ALL that information to send you a bottle of a ketchup? A delivery address is obviously going to be needed, but why would you need my date of birth?

Of course to get to that page you really have to trust Heinz .. because whoever setup the “social commerce” doesn’t know a lot about secure certificates or ecommerce judging by this:

I’m sorry, but unless you can actually get the ecommerce basics like SSL certs right then all this talk about “social commerce” being the next big thing are just more fluff

And if a company the size of Heinz can’t get it right I doubt smaller ones will ..

Unless you have been avoiding the news and social networks for the last few weeks you’re probably aware of the TSA’s latest.

…strengthen the security of the nation’s transportation systems while ensuring the freedom of movement for people and commerce. Within a year, TSA assumed responsibility for security at the nation’s airports and deployed a Federal workforce to meet Congressional deadlines for screening all commercial airline passengers and baggage. In March 2003, TSA transferred from the Department of Transportation to the Department of Homeland Security.

TSA employs a risk-based strategy to secure U.S. transportation systems, working closely with stakeholders in aviation, rail, transit, highway, and pipeline sectors, as well as the partners in the law enforcement and intelligence community. The agency will continuously set the standard for excellence in transportation security through its people, processes, technologies and use of intelligence to drive operations. (source)

However, they are not exactly the most popular organisation.

In the last few weeks there has been a lot of backlash with respect to how TSA are scanning passenger’s and touching them. And no – that wasn’t a typo.

Travel Advisory: Playing dead does not get you out of a rub-down. Neither does actually being dead

The confusion at the security gate is manufactured. Confused passengers are submissive passengers

I somehow doubt the TSA are amused, but if they try to remove the account the backlash will be a LOT worse.

In the midst of the doom and gloom of an economic crisis somebody somewhere got the “bright” idea of sending councillors off to learn about social media. At the cost of about €500 a person of taxpayers money you’d have to wonder what they were thinking ..

There’s an interesting article over on Social Media Today exploring how 5 such companies do it.