Michele is founder and managing director of domain registrar and hosting company Blacknight. He blogs mostly over on michele.blog

Came across this animated image on Google+ earlier today and thought it was amusing enough to share:

No idea where it originated, so if you know the image source please let me know CoTweet Standard, which is used by a lot of companies to manage Twitter for teams, is being withdrawn on February 15th

There aren’t much details about SocialEngage on the CoTweet / Exact Target site unfortunately, nor is there any information on pricing. It looks like they’re adding support for tracking Facebook, but without knowing pricing etc., it’s really hard to see if this is going to end up costing companies a lot more than they’ll gain or not.

Their Enterprise product “Cotweet Enterprise” may have been very powerful, but it also came at a very high price.

So are there any viable alternatives?

TwitSprout recently launched their beta, or at least let me access it, and while the name suggests that it’s a Twitter related service it also works with Facebook.

What does it do?

The basic plan, which is free, gathers a number of metrics related to your social media activities into an easy to use and quite visual dashboard.

With the paid plans you can also get information on your competitors, which is probably the more innovative aspect of the service.

If you’re looking for instant gratification then you’re going to be disappointed, as the service has to work within the limitations of Twitter and Facebook’s respective API limits.

Once its reports are ready they’re pretty impressive, as it gives you pretty much all the data in one place, which is handy. Other services that I’ve tried will give you part of the data but this does it all in one place.

Gowalla is to be shutdown.

After being acquired by Facebook the “also ran” to FourSquare will be shutting down early in 2012, according to Techcrunch.

So while Facebook may have acquired the skills and experience of the FourSquare team, they’re not taking over all the data.

So will Facebook use some of the technology to improve their own location based services? You’d have to assume that was the plan..

Gowalla, which offers very similar functionality to FourSquare, never quite seemed to be as popular as its rival.

Facebook had been offering a location based service for its mobile users, but they were reportedly going to be phasing it out, but with the addition of Gowalla that will probably change ie. the current Facebook system will be supplanted by Gowalla’s technology.

The main page of Gowalla currently offers users the option to signup via Facebook, though it still maintains a signup feature for those that do not wish to succumb to Zuckerburg. Whether that will change or not is probably too early to tell 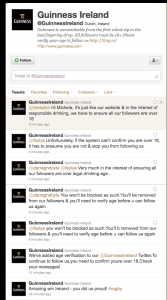 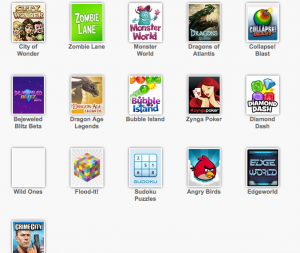 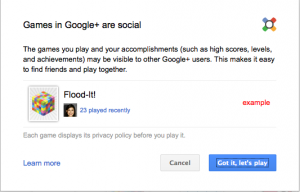 If you are using Google+ you’ll probably have noticed that there are a very large number of animated gifs being shared.

Normal photos, images and videos are also being shared, but there seems, to me at least, to be a very large volume of animated gifs

So will Google+ result in an upswing in popularity for the image format?